The public purchasing station in France UGAP is offering fuel cell buses for the first time. The manufacturers Safra and Van Hool have been selected for commercialization through UGAP starting from February 2021.

UGAP points out that in France since 1 January 2020, 50% of newly acquired buses and coaches must be categorized as low-emission for fleets of 20 vehicles or more. This rate will be increased to 100% from 1 January 2025. This offer of hydrogen-powered buses through UGAP is set to enable public transport operators and authorities to achieve their goals during the various phases of fleet renewal in terms of “low-emission” vehicles. 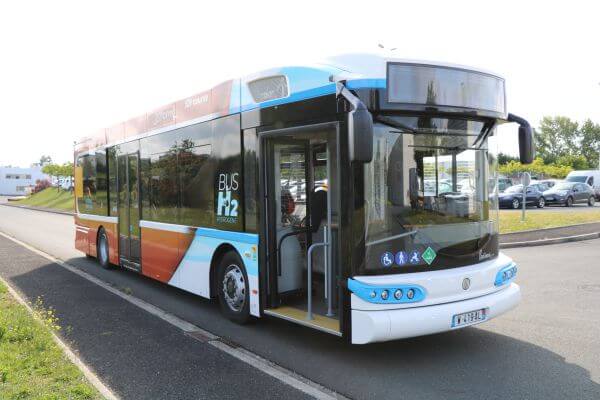 Fuel cell buses are now available from French public procurement agency for the first time. The France-based Safra produces two Businova H2 models, with length of 10 and 12 metres and a motor with 250 kW power.

Safra and Symbio for a France-made fuel cell bus

Safra is cooperating on the fuel cell bus venture with Michelin’s subsidiary Symbio (the hydrogen’ specialist in Michelin group). The first units (6 in total) have been delivered to Artois-Gohelle, and further five units are headed to Auxerre. The fuel cell bus from Safra features a bi-modular chassis and a free-standing structure. Safra and Symbio opted for a smart hybrid system, integrating a 30kW fuel cell module (model H2Motiv) and a 132kWh battery pack (a “mid-power” unit). This means that the bus carries less hydrogen than a “Full Power” solution (which uses a small battery and a large cell).

Van Hool has in its portfolio the A330 FC 6W model, with length 12 meters, UGAP points out announcing its decision of marketing fuel cell buses. The bus is equipped with traction battery of 24 kWh and a fuel cell module with 83 kW power.

As of December 2020, Van Hool fuel cell buses have travelled for 10 millions kilometres. 141 vehicles had been sold until end 2020 (delivered or on order). What is more, Van Hool has got significant follow-up orders from customer such as Qbuzz in Groeningen, that bought 2 vehicles in 2017 and has ordered 30 units more in 2020, and RVK Cologne, which is adding 35 fuel cell buses to the existing two. 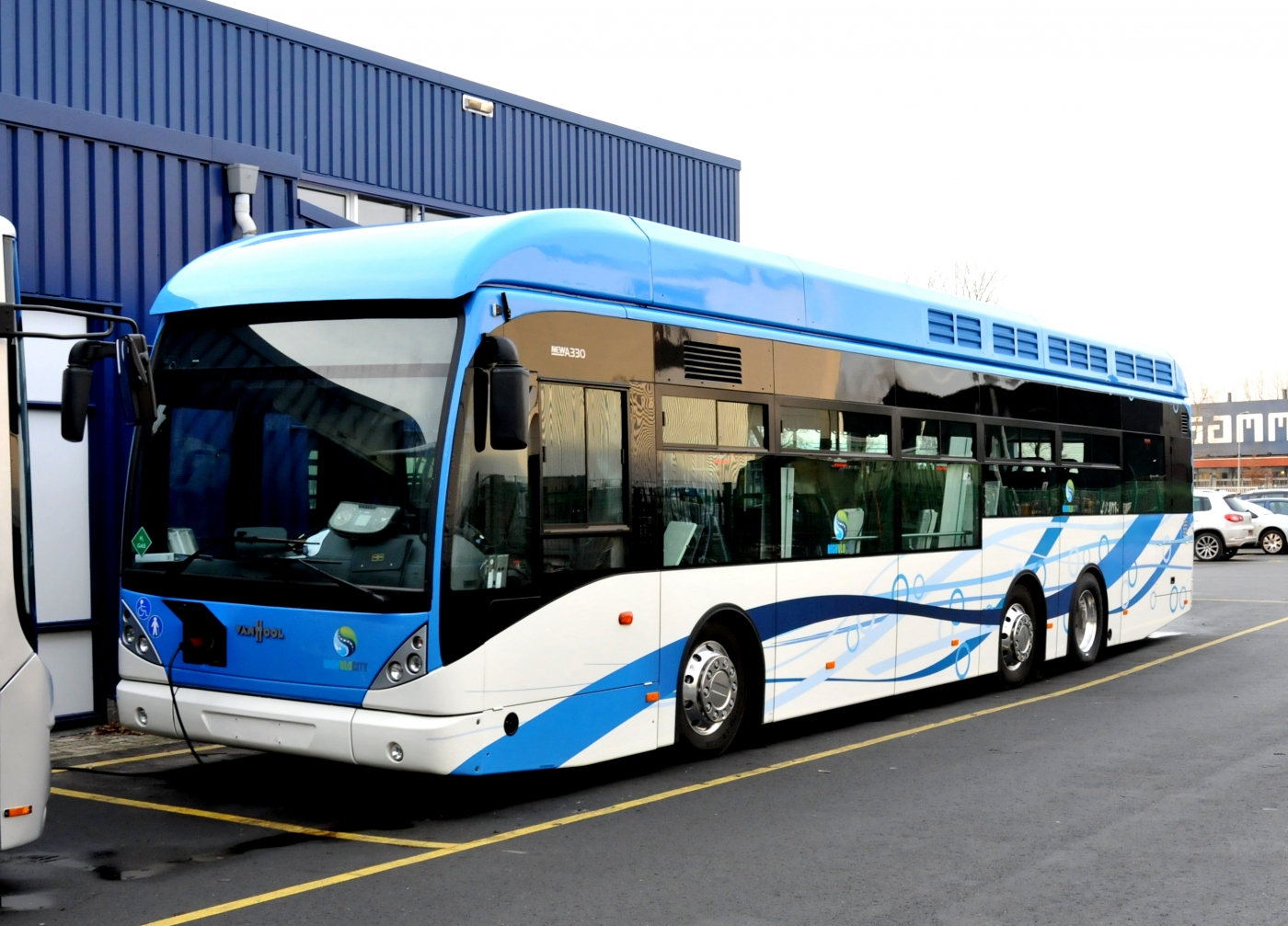 2019 has been a significant year for the Belgian manufacturer, with regards to hydrogen bus activities (a sector where the Belgian bus producer partners with Ballard Power Systems as provider of furl cell modules): the new A330 FC hydrogen bus and the innovative Van Hool Exqui.City 18 FC bus have been launched. The latter debuted in December 2019 in Pau, south of France. It stands out for being the world’s first hydrogen-powered BRT system. Eight Van Hool Exqui.City FC 18-meter hydrogen buses serve 14 stations along a six kilometre long dedicated BRT lane with priority at crossroads.