A tender for up to 50 fuel cell buses in Hamburg

It has already been released that Hamburger Hochbahn will be the first operator to test the Mercedes eCitaro with fuel cell range extender starting in 2021. 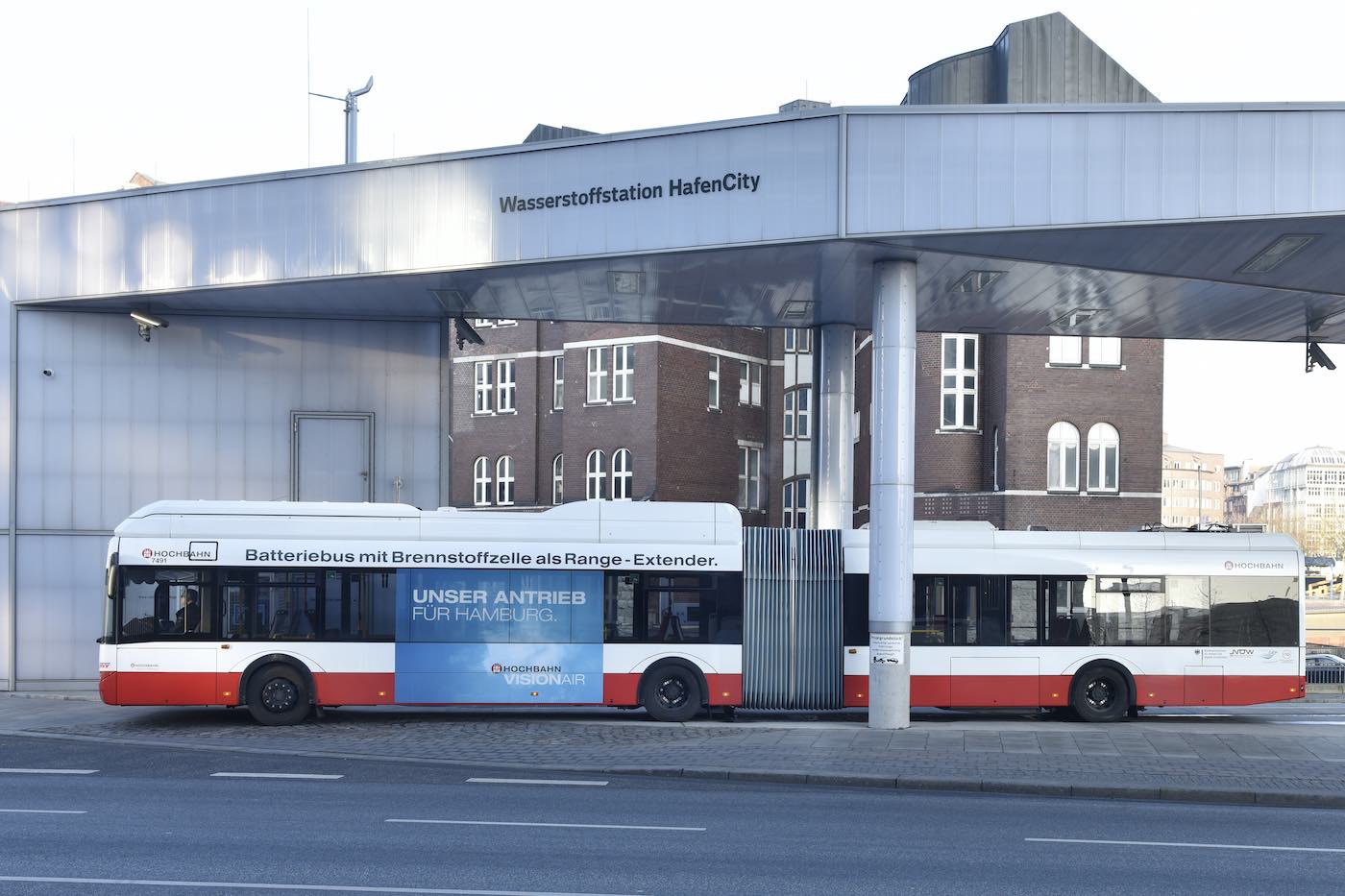 Hamburger Hochbahn to phase out diesel buses by 2030

The invitation to tender for fuel cell buses in Hamburg was preceded by a Europe-wide procedure in which manufacturers could qualify for participation in the tender. Several bidders have now succeeded in doing so, the operator points out. Names of the companies are confidential.

Together with the pure battery-powered buses, Hamburger Hochbahn is positioning its technology portfolio with fuel cell buses in such a way that the diesel buses can be phased out by the end of the decade as the fleet will be completely zero emission by 2030. To date, the operator has been deploying several units of Mercedes eCitaro (it was the first customer of the Mannheim-made e-bus) and Solaris Urbino, as well as one unit of MAN Lion’s City E.

Fuel cell buses in Hamburg, a project with Daimler

Back to the hydrogen plans of Hamburg public transport operator, from 2014, fuel cell buses were tested on the Innovation Line 109. The pilot was performed in cooperation with Daimler, as Electrive reports: «The four Mercedes H2 buses in use were returned to the manufacturer at the beginning of 2019 when the project was completed. However, the Hamburgers subsequently expressed interest in the Mercedes eCitaro G articulated bus with fuel cell as a range extender – it is therefore quite possible that Daimler buses won the pre-selection».