Around Nuremberg’s streets, in Germany, it is operating since the beginning of this year the first electric articulated bus equipped with a Konvekta CO2 heat pump, with the livery of VAG public transport company.

The system made by Konvekta was launched in 2018. At the beginning the CO2 heat pump was manufactured on an already existing production line. But since December 2019 the capacity hasn’t been sufficient any longer due to the increasing customer requests for this new product and a dedicated line has been launched. 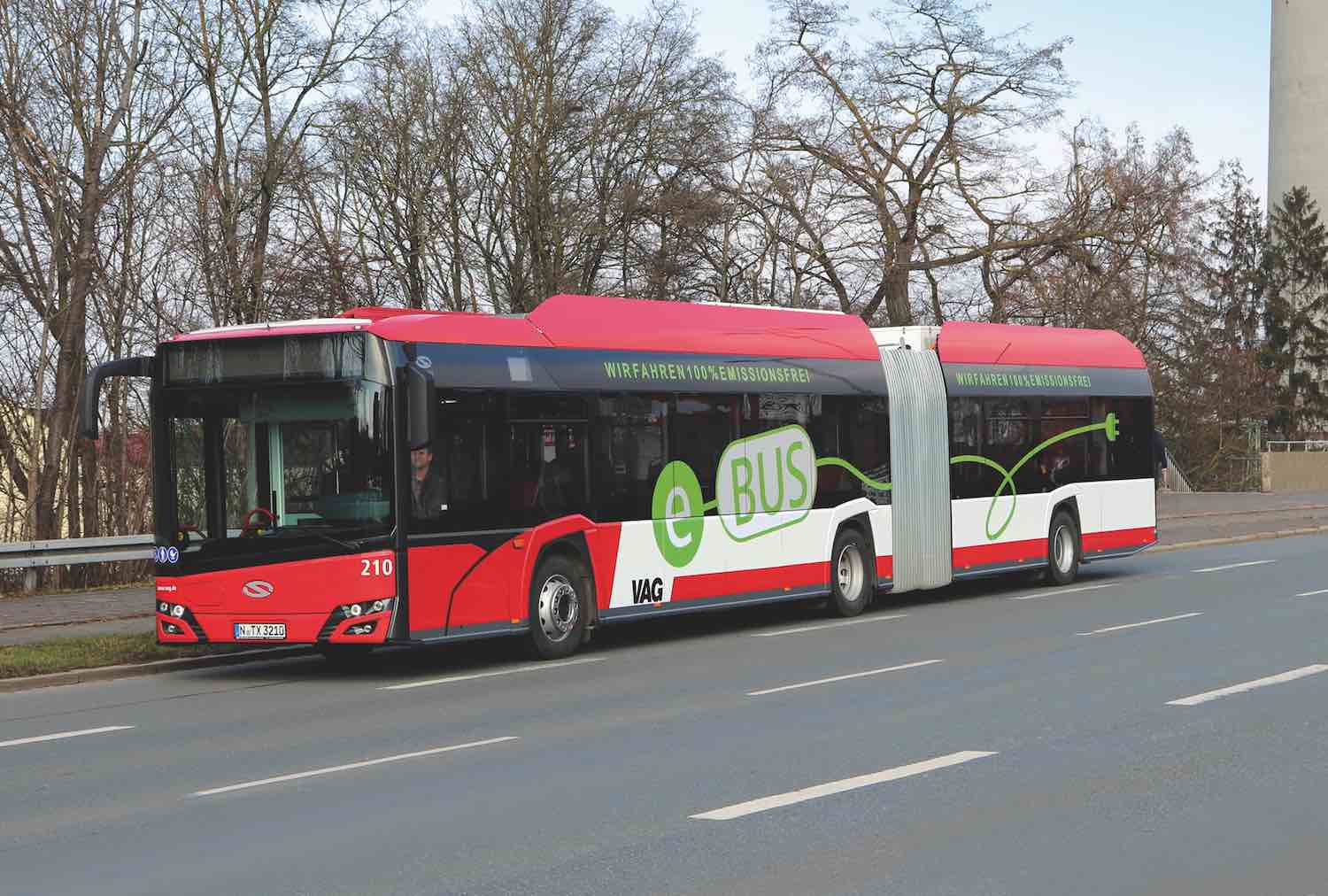 Konvekta announces that the worldwide first articulated e-bus equipped with the company’s CO2 heat pump is currently operating in Nuremberg. The “heart” of the Konvekta CO2 heat pump management system consists in the two UltraLight 500 CO2 heat pumps 2.0 on the front and rear section, including the two energy carrier modules for hot and cold water. Both systems run on the refrigerant CO2. A quite uncommon choice as, due to the length of more than 18 meters, the electric articulated buses need more than one thermal management system which have to be networked optimally.

To obtain 100 % heat the Konvekta CO2 heat pump needs at best 25 % operating power (current) from the battery, the supplier points out.  The rest of the needed energy is gained via the thermodynamic cycle from the ambient. According to figures released by Konvekta itself, depending on the vehicle type, the CO2 heat pump consumes at -10 °C approximately 45 kWh electric energy per 100 km in contrast to conventional electric heating components that consume more than 100 kWh for the same distance.

As reported by Konvekta, VAG saves 53 % of the annual costs of temperature control in the e-articulated buses that are equipped with a Konvekta CO2 heat pump. That means that a CO2 heat pump system saves 1,700 € of the annual energy costs compared to an air conditioning unit with electrical auxiliary heaters. Additionally, up to 5,500 kg of the annual CO2 emissions are avoided.