BYD e-buses further north than ever before. 13 vehicles commissioned by Nobina for Sweden

A few days after the announce of the forthcoming introduction of BYD electric passengers cars in Europe, starting from Norway, the Chinese group secured a new commercial success in Scandinavia, on the bus side. BYD has in fact received an order for a further 13 eBuses from Nobina.

The new 12-metre models are destined for the town of Piteå in the north-east of Sweden where the new BYD fleet will go into service at their most northerly location ever in Europe. Piteå is indeed close to the arctic circle at latitude 65.31º north. A first order for 12 vehicles for Piteå was announced one year ago. BYD recently outlined also a long-term plans for eTruck commercialization in Europe. And, at the end of March 2020, the group launched the new battery system called ‘Blade Battery‘ and announced plans to sell EV components to other producers.

The fleet will be deployed in very challenging conditions, as cold weather has impact on the electric bus range. According to a study by CTE released last year, on average, the switch to cold temperatures (between -5 and 0° C) affects the range of up to 38 per cent decrease in case of battery-electric buses. 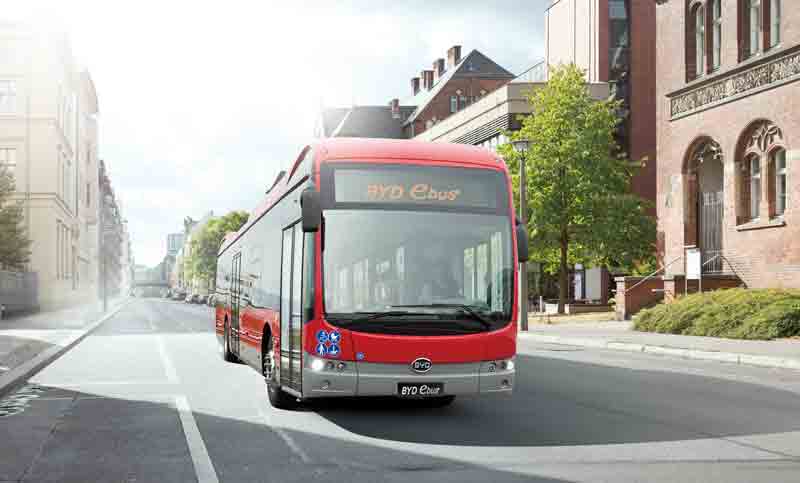 Following delivery in summer 2021, Nobina’s BYD fleet in Sweden alone will total 125 vehicles, with a presence in nine major Swedish towns and cities. Moreover, following a 20-vehicles order secured in May 2019 with BYD, Nobina has for some time been the largest BYD bus fleet customer throughout the Nordic region, with over 160 BYD eBuses now on order or in operation, including 44 vehicles in service in Norway and Denmark. Further afield, over 1,300 BYD eBuses are now in operation or on order with Public Transport Operators (PTOs) right across Europe, BYD points out.

“After more than five years and over 7 million kilmometers driven with BYD eBuses, in nordic conditions, we feel confident about the BYD platform meeting our high demands of a reliable, sustainable and attractive public transport – offering a cleaner, quiter and more comfortable traffic,” said Jens Råsten, Fleet manager, Nobina Group.

“Our ongoing partnership with Nobina is testament to the safety and performance of our eBus products,” said Isbrand Ho, Managing Director, BYD Europe, “Nobina places a great deal of confidence in our vehicles and this trust is rewarded with exceptional reliability and productivity; for Scandinavia’s largest Public Transport Operator, this is essential. Following extensive testing,” he said, “BYD electric drivetrain technology has delivered very positive results in taming the harsh winter conditions found in northern Europe – performance and reliability is not compromised, whatever the weather.”