Today RATP France starts testing a Caetano fuel cell bus. Over the next three months, one of the global leaders in urban mobility will test a Caetano’s 12-meter hydrogen-powered bus. This follows the deal signed one year ago between CaetanoBus and RATP. The operator has already tested a Solaris Urbino 12 hydrogen.

This trial marks the first use of Caetano’s hydrogen buses in France, strengthening Caetano’s presence and positioning in this strategic European market.

In December 2020 a strategic alliance was announced between Toyota Europe, CaetanoBus and Finlog in an effort dedicated to the development and production of fuel buses in Europe. 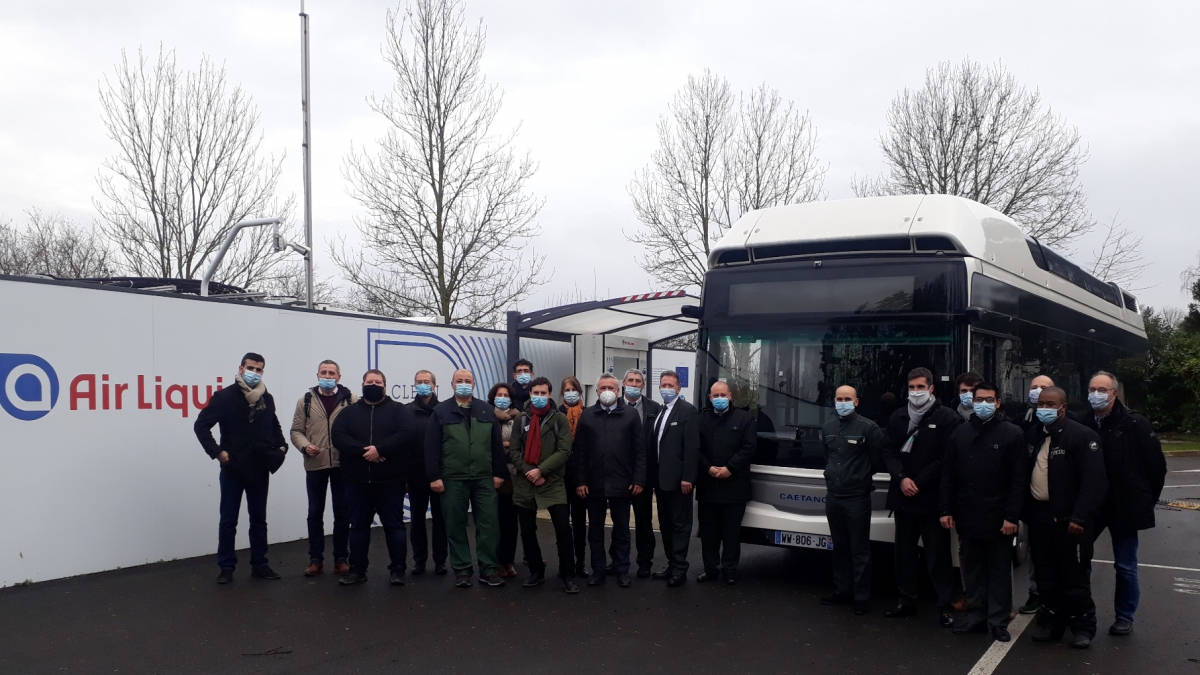 RATP to test the first Caetano hydrogen bus in France

The Caetano H2.City Gold, powered with Toyota fuel cell technology, has been recently tested in Ireland and in London. It will be provided in 8 units in Barcelona, following the awarding of the European tender to the Portuguese manufacturer. CaetanoBus has recently signed a contract with TMB Barcelona for the supply of 8 hydrogen buses. Also, a few units are headed to Germany, in Niebüll and Bielefeld. Unveiled at Busworld 2019, the Caetano H2.City Gold is available in 10.7 or 12 meter version, LHD and RHD variants.

In Paris, for RATP, Caetano H2.CityGold will be put into public service operation on bus line 189 and 21. The demonstration will allow RATP to enrich its knowledge of the practical operation of hydrogen technology and obtain real in-use information of daily driving conditions with varying weather, usage, and traffic environments.  During the demonstration, the vehicle will be based at RATP’s depot in Fontenay-aux-Roses and it will be refuelled at Les Loges-en-Josas station, in south of Paris.

Paris’ climate action plan mobilises its citizens and stakeholders to make Paris a carbon neutral city powered entirely by renewable energy, by 2050. Embracing this vision, RATP desires to continue to be at the forefront of the energy transition by exploring all the technical solutions under development. RATP’s commitment, together with Caetano’s awareness of the Parisian need for urgent energy transition, has encouraged this collaboration.

“The RATP group, which aims to be at the forefront of the energy transition, is proud to collaborate with CaetanoBus to test its H2.CityGold bus. Hydrogen is a key factor for the years to come. This second experiment confirms RATP group’s desire to become a major player in the sector” said Marie-Claude Dupuis, Deputy Managing Director of the RATP group in charge of strategy, innovation and development.

Kohei Umeno, Chief Commercial Officer at CaetanoBus, assured that “CaetanoBus is working every day to accelerate the deployment of zero emission buses, enabling cities to change to zero-emission mobility. This cooperation agreement with RATP is a great opportunity to strengthen our position and support the market leader in urban mobility”.

“While carbon-free mobility is required in European cities and territories, the electrification of common transport is necessary, especially with regard to buses. Toyota’s approach is in line with this desire to develop zero-emission vehicles for the greatest number of people, relying on CaetanoBus’ long experience in offering public transport solutions. ” said Frank Marotte, President and CEO of Toyota France.