Yutong has been focusing on autonomous driving, and showed the results achieved so far during a live demonstration which saw the debut of the Yutong U12, presented at Busworld 2019 in Brussels. The U12 was in fact one of the two buses equipped with the driverless innovative technology, as also the Yutong L4 autonomous minibus has been on the stage. The two vehicles were showcased while running on a dedicated route in Zhengzhou.

The topic of autonomous bus operations is addressed today by several manufacturers. Just to name a few examples, Volvo Buses showcased its first autonomous bus concept in Singapore in March 2019. The other Swedish bus producer Scania announced a trial of autonomous buses on regular routes that will be carried out by Nobina in the Stockholm area with two vehicles starting from 2020 (Scania signed in 2017 a cooperation with the Chinese company Haylion Technologies). According to the plans, Iveco autonomous bus prototype is taking the floor in early 2021. 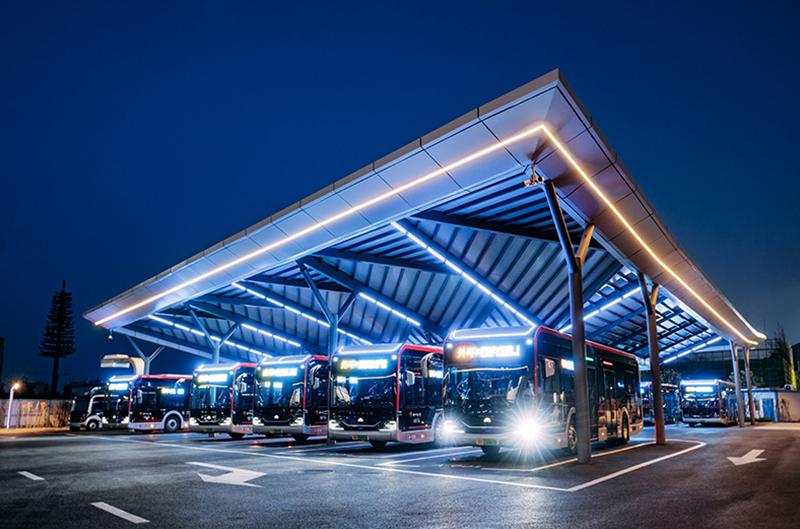 On 8 and 9 September 2020, Yutong officially unveiled its ‘5G-enabled intelligent mobility solution’ with a dedicated live show. The system was implemented in Zhengzhou, the city where Yutong has its headquarters. In the same city, in September 2019, Yutong celebrated its first 10,000 km of autonomous bus operations, thanks to a 5G-based intelligent public transport project jointly created by the Henan Provincial Government with the manufacturer in May 2019. Four Yutong L4 autonomous minibuses have been involved in this project.

Coming back to this new venture, showcased a few days ago, Yutong explains that: «The current 17.4km route combines a traditional bus section operated by intelligent mid-capacity buses and a micro-cycle service operated by intelligent autonomous driving buses. It is in regular commercial operation now». The route is enriched with 34 space capsule-shaped bus stops.

The groups stresses that, along with intelligente vehicles, smart roads have been implemented. The «5G-enabled Cooperative Vehicle Infrastructure System gives priority to buses at intersections, improving the pass-through rate from 47% to 79% and reducing the average waiting time at red lights from 17 seconds to 2 seconds», according to Yutong. Also, the blind spot warning system detects vehicles and pedestrian in the blind spots and makes driving decisions automatically to ensure safety. 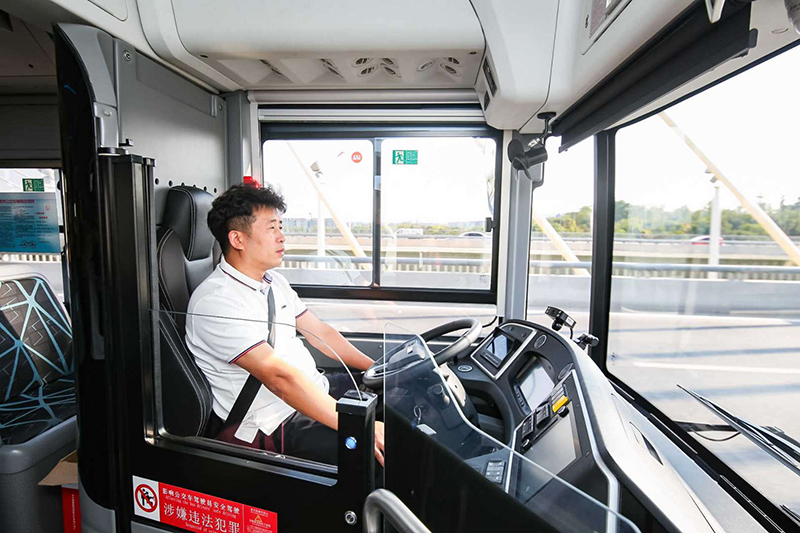 To the extent of demonstrating its ‘5G-enabled intelligent mobility solution’, Yutong also showcased an intelligent bus terminal where buses park, charge, move and depart with no human operation.