New trolleybus fleet in Milan, the first day in operation for 8 Solaris Trollino

New trolleybus fleet in Milan, the day has come. On the 4th of May it was held the debut in operation for the new Solaris Trollino trolleybuses purchased by ATM Milan. That marks a new advancement in the Polish brand presence on Milan’s streets. Following the supply in 2014-15 of 125 Urbino diesel buses and in 2018-19 of 30 electric buses (and the awarding of a contract for as many as up to 250 battery-electric buses), yesterday was the turn of the new articulated trolleybus units, that were delivered starting from June 2019. 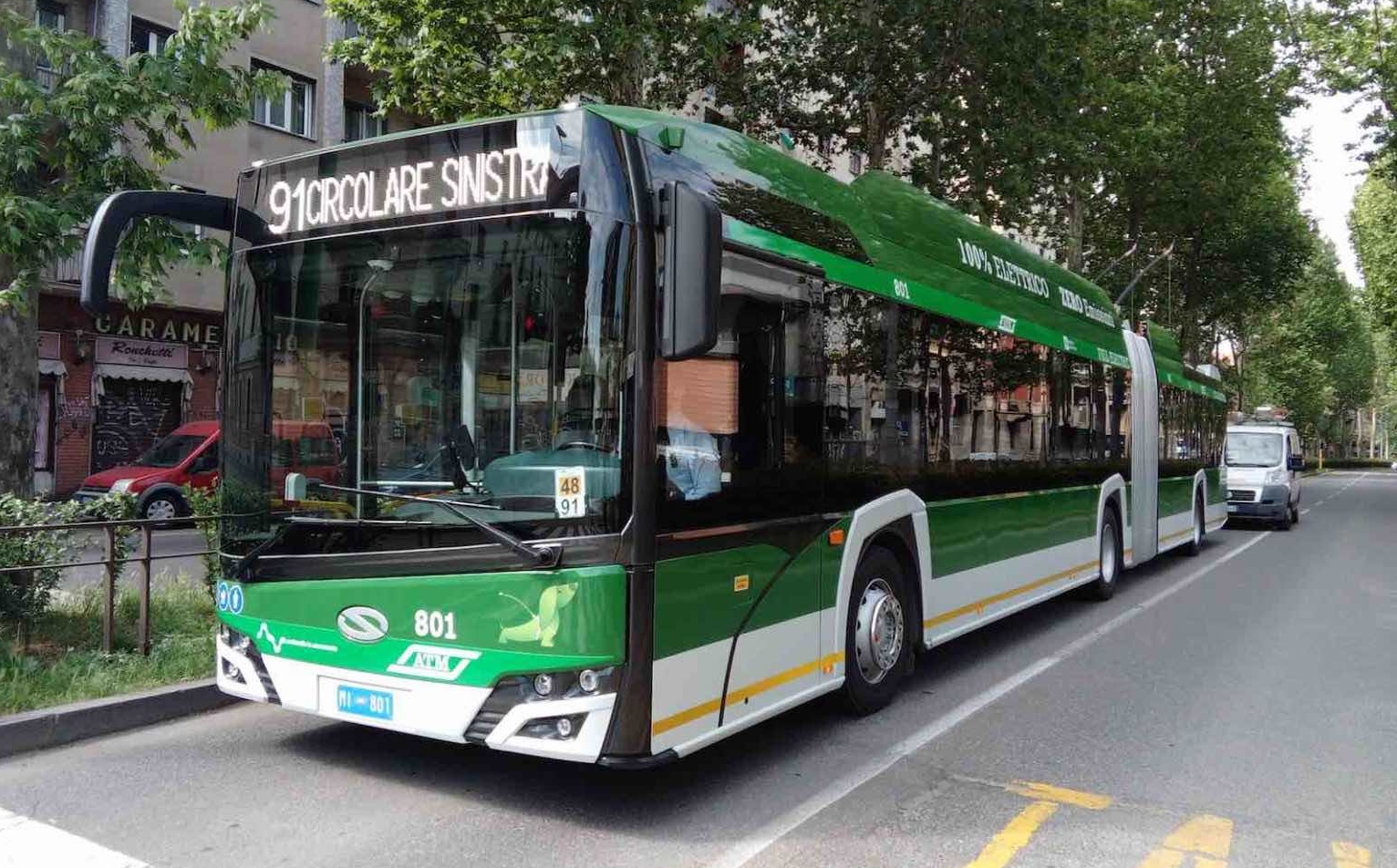 The new trolleybus units for Milan are the very first in Italy with the new bodywork. 18 Solaris trolleybuses will soon be put into service in Modena and Parma as well, but in the 12-meter version. Only Rome and Bologna, among the Italian trolleybus networks, have Solaris articulated trolleybuses in operation. A particular feature shared by the Roman and Milanese vehicles is the presence of batteries instead of a motor-generator.

While for the 2005-maade Solaris Trollino circulating in Rome the batteries allow a very short off-wire journey at reduced speed, the new trolleybuses with ATM’s livery are equipped with lithium-titanate battery packs and IMC (In Motion Charging) technology, which allows operation at normal speed up to 10 km without an overhead line, in addition to a significant reduction in energy consumption. The maximum speed of the vehicle is electronically regulated at 50 km /h.

Trollino for Milan, finally on the road

The Solaris Trollino vehicles for Milan are 18 metres long and can accommodate 135 people without the wheelchair, or 130 with wheelchair. The trolleybuses feature 4 doors. The internal and external lighting is LED-based, dedicated lights has been provided also near the doors. The platform is completely low-floor.

The large windows guarantee excellent natural lighting. On the new trolleybuses of Milan, USB ports are located near the seats for quick charging of mobile devices. Full climate control is available both in the driver’s cab and in the passenger environment, with Konvekta system. The colour of the bodywork is green, as for all trolleybuses delivered to ATM from 2005 onwards. 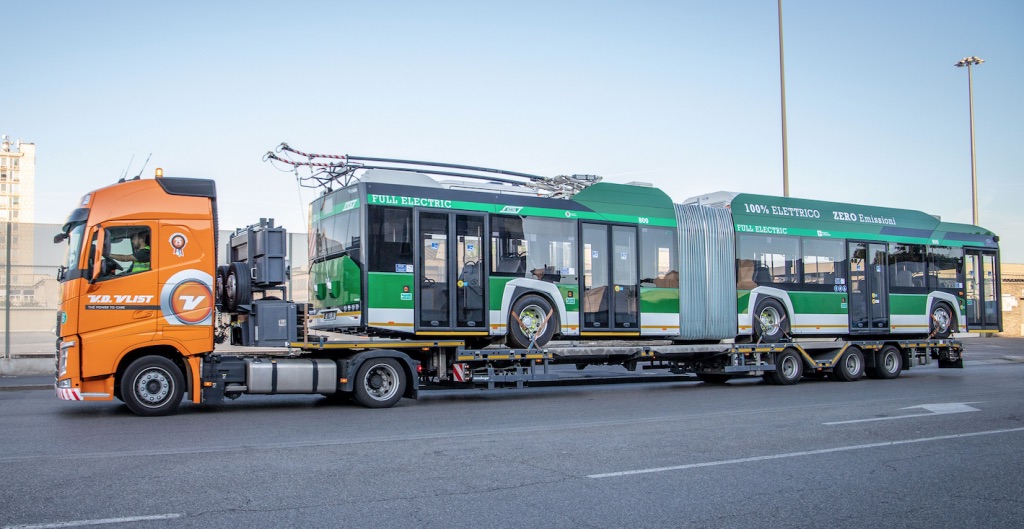 Up to 80 Solaris trolleybuses for Milan

On May 4th, the first 8 new trolleybuses started service (4 on line 90 and 4 on line 91; two more vehicles will follow shortly). To date 28 trolleybuses have been delivered, the last two are on their way, with assignment to the depot in Viale Molise. The framework agreement was for up to 80 trolleybuses, so there are further 50 trolleybuses remaining that could be ordered.

In ATM programmes, new trolleybuses will replace trolleybuses from the 1980s and 1990s. In fact, Trollino vehicles are also planned to be used on line 93, which until now has been operated with the Socimi trolleybuses of 12 metres and which for the first time will witness the use of articulated vehicles.