From 56 to 467. In one year. Such is expected to be the increase in the number of zero emission buses deployed in the North European countries in 2019.

Sweden leads the group of countries with 245 ebuses in operation, followed by Norway, Denmark, Finland, Iceland. Nobina is the operator with the highest number of ZEB currently on the roads.

These figures were shown by Joachim Danchell, who cover the position of Special Advisor with regards to environmental issues in Movia, one of the main public transport authorities in the area, during the Zero emission bus conference held in Oslo at the end of August. 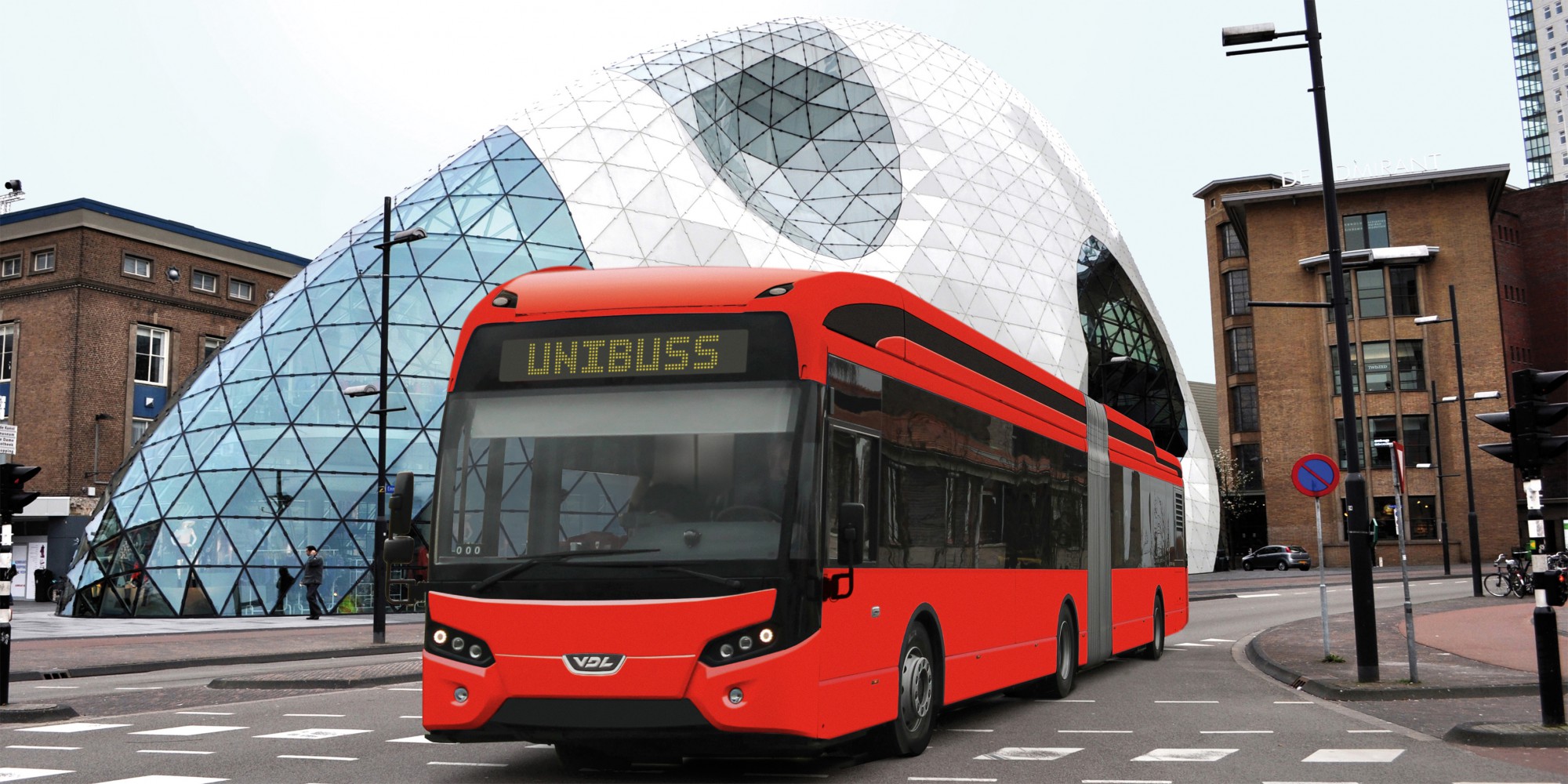 400 electric buses to be delivered this year

At the end of 2019, according to the forecasts, the zero emission buses in operation in Nordic countries will be as many as 467. Starting from 56 at the end of 2018 (a year that has seen 5 per cent of the West European city bus market being ‘electric’), it means more than 400 electric buses delivered during the year. Battery electric buses are the dominant category, as trolleybuses are not widely established in these countries. 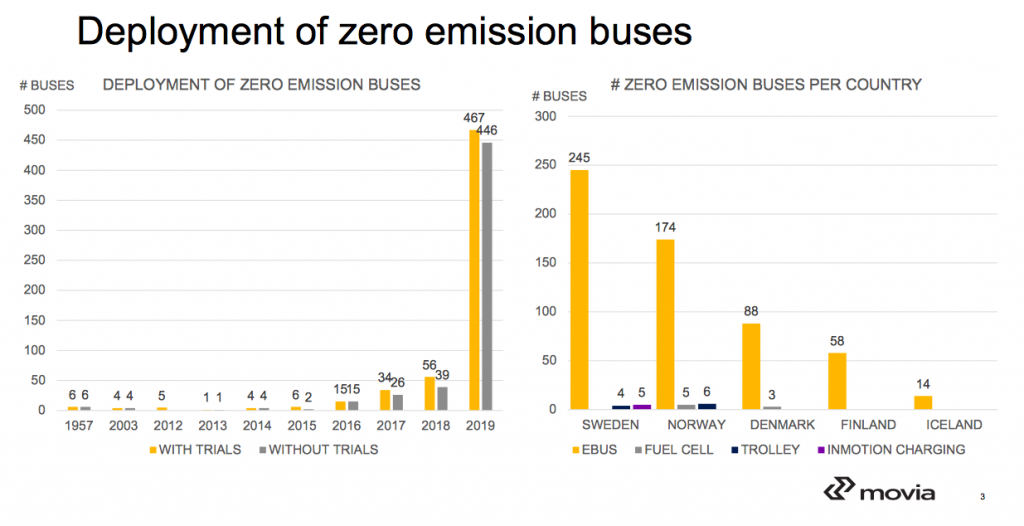 Most of the 467 ebuses in Nordic countries are manufactured by BYD, VDL and Volvo: no doubt they are the leader in these markets so far. In particular, the Chinese brand is gaining ground in the Nordics.

For instance, in Oslo 40 VDL electric buses have been ordered by public transport operator Unibuss and the first units have already been delivered. Oslo bus fleet will also have 42 BYD ebuses in operation. 17 Volvo 7900 Electric will be deployed as well. Finally, Norgesbuss will also operate six Mercedes eCitaro. Copehagen’s goal is to reach 2030 with a full electric bus fleet. 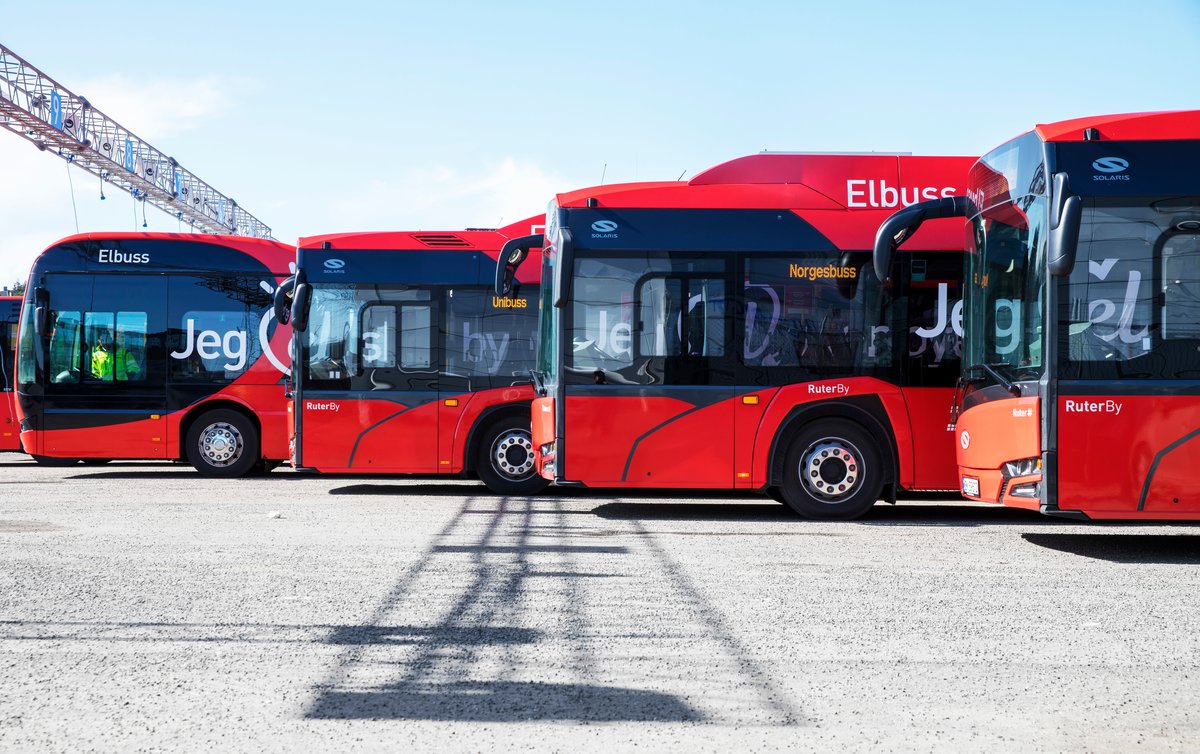 In Sweden, Volvo’s hometown Gothenburg has taken the lead in the transition to zero emission bus systems. Volvo Buses, indeed, in 2018 has been awarded an order for 30 electric buses 7900 from GS Buss, subsidiary of Göteborgs Spårvägar, and Public Transport Authority Västtrafik.

Nobina is the main ebus operator in North Europe

Ruter is the public transport authorities with the largest number of ebuses in operation (124), followed by Movia with 77 and Vasttrafik with 69.

As of the side of public transport operators, Nobina is the leader with 146 ebuses to be in operation by the end of 2019 in Sweden, Norway and Denmark. Transdev (that recently won the bus contract in Gothenburg), Unibuss and Arriva (currently for sale) follow. 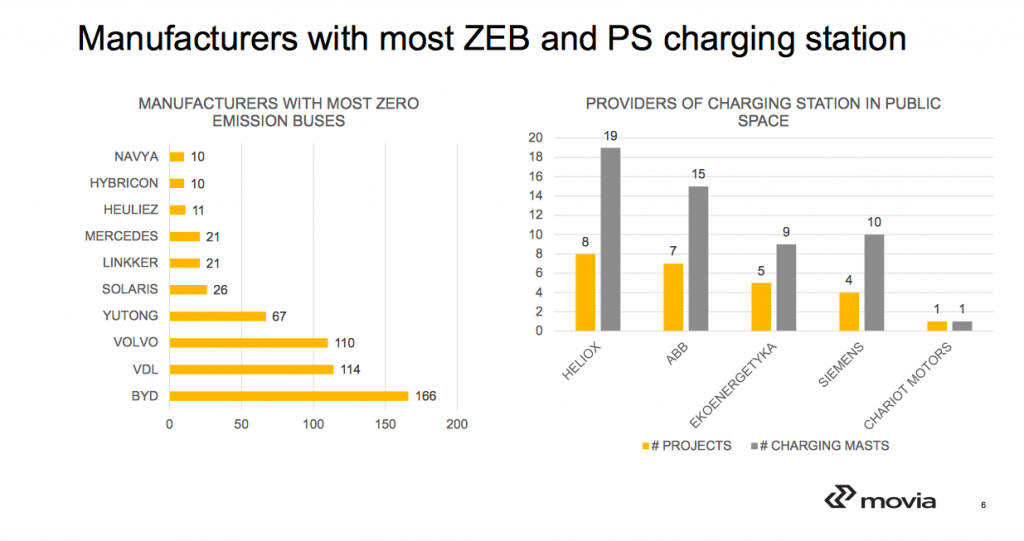 The case of Roskilde deserves to be mentioned: the town is the first municipality in Denmark to switch to full electric public transport. Of course the small size of the city (50,000 residents, 20 buses in operation on 9 routes) makes it easier to achieve the goal… but the step is anyway important. The buses will be supplied by Yutong.

Bus service in Roskilde is operated by Umove, which won, at the beginning of 2018, the tender held by Movia and was awarded with a 10 years contract. Reportedly, diesel buses will remain in the fleet, for a while, as back up vehicles. When the electric buses Yutong E12 are fully phased in, 1,400 tonnes of CO2 emissions per year will be cut. 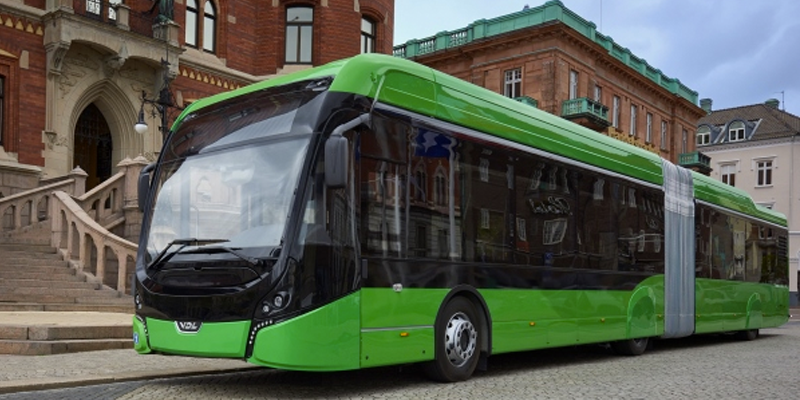